The Moment of Terror 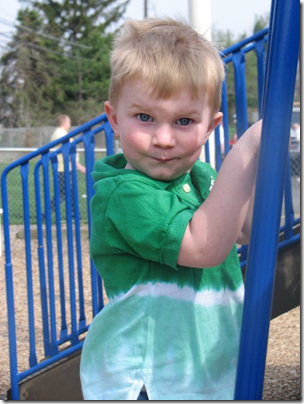 My wife and I have four kids – four very different kids ranging in age from 3 all the way up to 17.  We know enough, and we have been through enough, to know that we don’t know it all when it comes to being parents.  That said, we have had enough experience at this point, that we are not often phased by the things that they do – sometimes surprised, but not often phased.  That is, until last Saturday afternoon.  On what was an otherwise normal Saturday afternoon, for a brief period of time, my wife and I experienced a paralyzing fear that only parents can relate to.

We were preparing for a family outing to go to dinner with my niece and nephew and their kids for the fourth birthday of my great-nephew.  We had a fairly lazy stay-at-home Saturday morning and afternoon following a hectic week of VBS at church, so we all needed to shower and get ready to head to dinner.  My wife had finished her shower and was getting ready, then I hopped into the shower to get ready myself.  As I headed down the stairs to put my shoes on and head out the door to go to dinner, that’s when it all started.  I started through my pre-leaving mental checklist (yes, I’m a list person):

…I thought he was with you.

…No, you were going to get him dressed!

Up until this point, this was a fairly routine exchange in my house.  It’s true what they say about younger kids in your family.  By the time you get to number four, you tend to be a lot less over-protective, and a constant line of sight to your kids is no longer considered a necessity. But, this day things took a turn for the worse.  We began to yell for Nathan, but there was no answer.  For the first couple of minutes, I was pretty sure that he was just playing with us, but like most three-year-olds, he doesn’t generally stay hidden for long.  So, after a few minutes of no response, I started to worry a little bit.  The next 20 minutes I can only describe as pure unadulterated terror.  As a parent, I can’t imagine anything more terrifying than losing your child.   Possibilities start to swirl around your head, and any one of them would spark enough nightmares for a lifetime.  On top of all that, I had just read an article the prior day about a little boy who wandered from his home and found dead a couple of days later less than a mile from his house.  After about 15-20 minutes of me searching every inch of the house and my wife, kids and neighbors search franticly outside, I ran to the basement to look around one more time.  By this time I was convinced that, if Nathan was in the house, he most definitely hurt and couldn’t call back.  And, if it gives you some context, that was the best case scenario in my head.  As I started to move boxes and search through the storage area yelling, I heard a faint sound.  What was that?!?  Did I really hear something, or was my head playing tricks on me? Then I heard it again:

Here I am Daddy.

Sweeter words have never been heard.  It turns out that Nathan had decided to hide because he thought he was going to be in trouble for not getting ready when he was told, and let me tell you that for a three year old he hid pretty well. 🙂

After all the ruckus died down, I started to reflect on the whole incident a little bit.  I realized that as fearful and helpless as I felt in those moments, God was always in control.  As Nathan’s earthly father, I do all I can to protect, but ultimately his fate rests entirely in the hands of his heavenly father.  Leave it to God to take something that nearly ripped my heart from my chest and use it to teach me something about my own spiritual journey.  You know what?  That’s one of the things I love about my heavenly father. 🙂

I Think I Am Going to Throw Up

The Centrality of Christ in Children’s Ministry