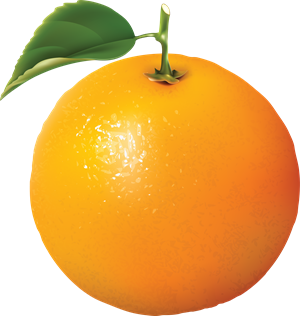 If you work in children’s ministry, you’ve likely heard about the “Orange Theory.” Basically, the idea is that when the church and parents work together in the discipleship of their children, the impact on their spiritual development is multiplied. In is a principal and theory that I (for the most part) agree with. In the past though, I have raised a couple of concerns regarding the implementation of that theory:

Recently though, I have noticed what I consider to be a very significant oversight (or at the very least weakness) in the orange theory. Consider the following typical video for “selling” this theory and focus in particular on how parents and the church are portrayed in the video:

3000 hrs. vs. 40 hours – NOW THAT’S EXTREME! But, does it paint the whole picture? I don’t think so. First, I do not know exactly where the 3,000 figure came from. I do know how various studies work, and I presume that number came from some study. Here’s what I found though.

Let’s talk first about traditional two parent families, and let’s assume these numbers are right (I have a suspicion that people probably over-report the amount of time spent with their kids, but that’s another story), that means mothers spend 13.5 hrs and fathers 7.3 hours. That’s a total of 20.8 hours. Assuming 25% of that time is “overlap” time where both parents are present, that amounts to 15.6 parent hours per week (phpw) or roughly 811 per year. Let’s assume that half of household chores are done with kids (as if), that means a total of 27.4 hours (we’ll assume no overlap here) time 50% = 13.7 phpw or 712 a year. Now we’re up to 1,523. Now, let’s assume we can convince parents to give up 1/2 of their leisure time to spend with their kids (we’ll sell the importance of this), that equates to 12.25 hrs for mom and 13.75 hrs for dad. Let’s go out on a limb and say that half of that is combined time that can be given up, that another 13 hrs per week or 676 hours per year for a grand total of 2,199 hours. I’m hard pressed to come up with a 3,000 hour per year figure that’s realistic. Then, when we start talking about single parents, those numbers have to go down as the time (usually) mom spend working increases and the time kids are left alone goes down. It’s an important consideration given that 1/4 of all children live in a single parent home and 40% live in a home with something other than their married biological parents.

So, what’s my point? Am I an old curmudgeon who likes numbers? Well, yes, but that’s not my point. I think realistically that parents have a lot less time than this graphic represents, and that’s important. But there is another side of the story that we’re missing that I think represents the flaw in this statistic. I think there is a third influence beyond the red of church and the yellow of family, and our family ministry models largely ignore it. Let’s call it blue, because when something burns, the blue is the hot flame. Blue represents all those “other” influences in a child’s life – peers and other adults who can speak life or death into your child’s life. I started to wonder (at least in terms of time) how does this group compare to parents.

Let’s be generous and say parents have/could realistically have about 2,000 hours of a child’s life (I think there would be some kicking and screaming involved, but let’s say for the sake of argument). I couldn’t find good comprehensive statistics on how kids spend their time with friends, so I started to think about my own kids – specifically an amalgamation of my 11 and 13 year olds. Here’s how his day look Monday through Friday. From the time they get on the bus until the time he steps off of it is about nine hours. Now, most kids probably have a shorter bus ride, so let’s say the whole school experience on average is 7.5 hours – five days a week. That’s 37.5 hours per week.  They are involved in sports and other school related activities. Currently the one is involved in basketball for 2.5 hours per week and volleyball for another hour. During soccer season, one of them was putting in about 4-5 hours per week. So, on average let’s say 4.5 hours. Now, we’re up to 42 hours per week.  They have discovered texting and Facetime at that age (even my seven years old gets involved). Let’s say between that and calls (we still make them actually talk on the phone) that it amounts to 5 hours per week (that’s around 45 minutes per day). That’s 47 hours per week.  Now, school is not in session year round, so I’ve adjusted for that, but I calculate 1,994 hours per year (minimum). That’s 2,000 hours a year that our kids are spending with their friends and acquaintances. That doesn’t even begin to include the influence of brothers, sisters, coaches, teachers, etc. That’s roughly equivalent to the number of hours a parent has access to for any given year.

Obviously, as the church we can’t influence everyone of those people who influence a kid. That’s not my point. My point is that part of our idea of family ministry has to include discipling kids to go out and be that influence to the kids they have friendships with. It has to be discipling parents not only to raise their own kids in spiritual matters but to reach out to their kids’ friends and the kids who play on their children’s sport teams or share a dance studio with their kids.  Dare I say, it means not focusing so much on Deuteronomy 6 that we forget Matthew 22: 36-40 and Matthew 28:16-20. Deuteronomy 6 is a beautiful picture of how God established the family as the primary means for passing along spiritual truth, but let’s not forget Deuteronomy 14 and 16 where God’s people are called to provide for the needs (but temporal and spiritual) of widows and orphans. Let’s not focus so much on Orange that we forget about reaching those who have don’t care which entity guides the spiritual development of kids because it just isn’t relevant to their lives. Let’s train up our kids and their parents to not only feed themselves oranges but to reach out to those starving for the bread of live and thirsting for living water.

So, is Orange really flawed. Not really. There is valuable truth there. But like so many things when it comes to the church, we need to make certain we are not “jumping on the bandwagon” and convincing ourselves that this is more important than everything else we have been called to do! What are your thoughts?

Why the “Gospel Centered” Movement Scares Me