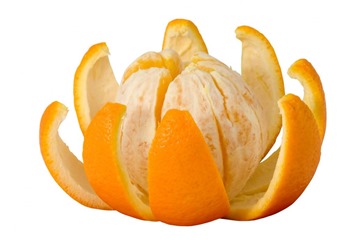 I knew when I published The Flaw in Orange Thinking yesterday that there would be some push back. I was prepared for that. I welcome it because the post was primarily intended to get a conversation started, and I think at least to some extent it’s done that. That said, in hindsight, I would have changed a couple of things to make my point more clear.

1. It was not an article about numbers.

I spent too much time in the article on the idea of 40 vs. 3,000 hours which wasn’t the main point. What can I say? I’m an accountant. I like numbers, but the point of the whole exercise wasn’t to diminish the impact parents have on the spiritual development of their kids. In my ministry to children of divorce, I see the spiritual impact of children not having those faith role models to rely on. Parents are important. Parents are critical.  My goal was simply to point out that there are also other influencers on a child’s faith (beyond the church and parents), and if we’re coming up with a comprehensive plan to minister to families, we need to consider those influencers both from a standpoint of faith development and the great commission. I would have cut that section down or made the point differently.

2. It wasn’t about curriculum

My point was never about curriculum or which publisher is better or worse than the other. I should have made that more clear. If you’re staying true to scripture and teaching kids about Christ, I say kudos to you. Different things work and don’t work for different churches. Orange is a great option (I’ve used it), as if The Gospel Project (used that too), as is Group (been there) as is David C. Cook (like it a lot). I actually prefer writing my own curriculum, but I would never argue with you that you should do that either depending on your own circumstances and your church.

I can’t say it enough. I have nothing but the utmost respect for Reggie Joiner, Sue Miller and many of the other team members at Orange (several of whom I consider friends).  There have been a number of voices championing families, and I believe in Children’s Ministry circles, Reggie may be at the forefront of that group, and I am grateful for him and all he has done. I also never meant to imply that the people at Orange are blind to these issues – only that in the implementation and general parlance when it comes to talking about Orange, they aren’t discussed enough. On an even broader note, when it comes to talking about family ministry in general, they are often relegated to the back burner if they are even addressed at all.

4. I could have used better terminology.

One commenter pointed out (albeit a little defensively) that Orange is a “Strategy” not a “Theory.” My first thought when I saw that? Man, I wish that word had come to me when I was writing the article. He was right. Orange is a strategy which leads to my next point.

5. This was an article about implementation.

The flaw in Orange Strategy comes not in the idea itself, but in the implementation of it. My concern is not with Orange itself (see above), but with churches who either a) try to push all responsibility for discipleship back on parents and abdicate their own responsibility for spiritually guiding and nurturing kids; b) assume that this strategy fully solves the problem and ignores things like meeting the needs of family and evangelism to reach unchurched kids and families; or c) ignores the plight of children in non-traditional families who don’t have the structure in place that fits a “parent/child discipleship” model. I suppose, in hindsight I should have called the article “The Flaw in Implementation of Orange Strategy.” I don’t think that would have sparked the same kind of discussion, so I guess I’m guilty of sensationalist titling.

6. I should have stressed the main point more.

The main point was that there are families out there that don’t fit neatly into the Orange Strategy -whether it’s single parent families, grandparent led families or families where parents are just checked out. That doesn’t mean it can’t work, it just means that the church needs to know and remember who they’re ministering too and adjust accordingly.

7. I probably should have bolded the last paragraph.

So, here my redo:

So, is Orange really flawed? Not really. There is valuable truth there. But like so many things when it comes to the church, we need to make certain we are not “jumping on the bandwagon” and convincing ourselves that this is more important than everything else we have been called to do! What are your thoughts?

Why the “Gospel Centered” Movement Scares Me