That Moment Made My Week 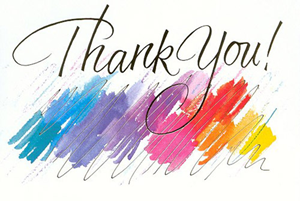 It’s been a busy week – a really busy week.  Soccer practice in the rain on Monday,  Meeting on Tuesday for a new ministry,  Awana Wednesday night, and a starting a new ministry on Thursday all made for an exciting week.  On top of that, I came down with the worst cold I’ve had in quite a while starting Tuesday morning and continuing through now.  So, do I tell you all that to whine about my week – maybe a little bit.  No, but I wanted to set the tone of my week so that God’s grace is sufficiently clear in the story I am about to tell.

Last night was my first night serving in a ministry called Divorce Care 4 Kids.  If you haven’t noticed, I’ve been spending a lot of time recently on my newest ministry called Divorce Ministry 4 Kids.  As part of that, I found a local church offering the Divorce Care 4 Kids curriculum on Thursday nights and asked if they would let me serve in their program.  They were nice enough to allow it, and last night was our first of 13 weekly meetings.  The leaders of the group are great, and the other volunteers are nice enough, but there was, of course, a bit of awkwardness as everyone gets used to each other.

The night went well.  We had 12 kids, plus three more leader’s kids who have been through the program before.  That alone is a gift from God because as of Tuesday we thought we had seven kids coming.  Two of the first people to show up were sisters aged 11 and 9.  Mom hung out for a while, and it seemed pretty clear that they didn’t want to be there.  They weren’t causing any problems, but they were sticking to themselves and just had that “I don’t want to be here, and you can’t make me like it” air about them.

We went through class with some minor glitches that come with working out a new team and new ministry, but everything went fairly well.  I was reminded how much fun it is to just sit at a table with a bunch of kids you don’t know and get to know them.  After class was over, we had a little bit of time to hang out and chat before parents picked the kids up.  I noticed that the 11 year old was helping to clean up after some of the younger kids left their snacks so I walked over to thank her, at which point her nine year old sister was quick to point out that her older sister never cleans up at home.

We got to talking, and I learned a little bit more about their home lives and things they like and don’t like.  I didn’t really think much of it at the time.

When their mom came to pick them up, her first questions was, of course,

I had moved on to something else, but I overhead the older child explain to her mother than “It was O.K., I like that guy over there.”  My heart, which had been breaking for all these kids all week and throughout the night, just melted.  The Mother asked if I was going to be there next week, so I explained that I would be there all 13 weeks.

So, why do I share this story? Am I tooting my own horn?  No, way!  I’m writing to toot God’s horn.  After a really long week, when I feeling really drained, God sent a child into my life who is, no doubt, hurting and confused.  In my misguided human thinking, I was under the impression that I was there to help her.  In the end, God worked through her to fill my spiritual tank, rejuvenate me and reignite a passion for serving God’s hurt children.  When we need encouragement and sustenance the most, God works through little lives and reminds us why we do what we do.  That moment made my week.  Thank you God!