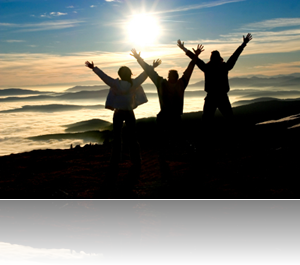 Starting sometime over a year ago, God started to really convict me about the music we were using in our Kindergarten-1st Grade room.  There was nothing wrong with the songs we were using, but they were mostly what I call “fun songs” and lacked the depth I felt we should be giving to our kids in worship.  Based on God’s prompting, I resolved to start introducing some more theologically meaty tunes into the worship set.  One of the very first songs I started with was One Way from Hillsong Kids.  After all, there is no more important message in children’s ministry than that Jesus Christ is the One Way that we can be reconciled to the father.  If you aren’t familiar with the lyrics, I’ve included them below.

Anyhow, the first time we used the song, it was bust by all apparent measures.  The kids weren’t all the interested.  They didn’t pick up the lyrics.  Only the most ardent of our kids (two or three of the girls) even attempted the motions.  Even our worship leader, a high school girl who has been doing music with the kids for several years now, told me that she didn’t think that song was going to work, and maybe we should nix it.  I, however, exercised my spiritual gift of stubbornness (sarcasm intended) and stuck with the song.  We did it the next couple of weeks, and we have probably done it two or three times a month for the last year or so.  I have seen growth in the kids as they have really come to enjoy the song, and participation during worship is way up.  Many weeks, the song is requested by name.

This weekend, though – this weekend was different.  I had planned on doing One Way in the worship set, but we ran long on large group time and the music had to be cut.  We had a praise party planned for small group time, and I wanted to make sure that I left plenty of time for that.  I hit play on my Ipod on a playlist of upbeat worship songs and the party commenced.  It was a fun time of fellowship with the kids and animal crackers.  Then One Way came on the speakers, and something happened.  The kids started to sing along.  Not all of them mind you, but enough that it was really noticeable.  Then they stood up, unprompted, and started to do the motions.  Finally, they started to head over to our normal “worship area” line up, and go through the motions of the song.  It really had the feel of a flash mob, but to me it was clear.  God had worked through music to impact the lives of these kids.  What they refused to sing a year ago, they chose to sing to Him this weekend – not because we had planned it, but because God had.

Here is a YouTube video of the song.  If you haven’t heard it, or you don’t use it in your children’s ministry, you really ought to!

Here are the Lyrics (note the theological concepts covered in a “children’s song”):

I lay my life down at Your feet
‘Cause You’re the only one I need
I turn to You and You were always there
In troubled times it’s You I seek
I Put You first that’s all I need
I humble all I am, all to You

VERSE 2
You are always, always there
Every how and every where
Your grace abounds so deeply within me
You will never ever change
Yesterday today the same
Forever ’till forever meets no end

BRIDGE(x4)
You are the Way, the Truth and the Life
We live by faith and not by sight for You,
We’re living all for You

Repost: 8 Reasons to Get Involved in Children’s Ministry from Psalm 78