Just the Facts – Exploring The Dark Side of Divorce 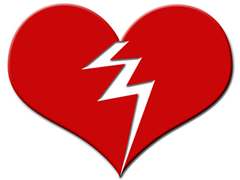 Several months back, I started a series on the effect of divorce on kids and what the Bible has to say about divorce. Before we get further into the series, I thought it made sense to step back and look at some of the statistics related to divorce in our country – statistics which betray the fact that divorce has become all too common and the effects of divorce devastating.

“Many studies have documented the effects of divorce on children and almost all of them have concluded that children of divorced parents suffer from both immediate as well as long-term emotional and psychological problems.” 5

Consider the following, and reflect on what it means for kids in our society today. These statistics are not hard to find. In fact, I did a simple Google search on children of divorce and found these. The original source is noted after each statistic (I have paraphrased some of the statistics and quoted others). I have not, for purposes of this article, gone to back to each original source to verify the information.

Statistics on Divorce in General

The Long-Lasting Effects of Divorce on Kids

Come join me and a team of volunteer and bi-vocational children’s minister on April 7, 2010 from 9:00-10:00 PM EST to discuss how we can minister to these kids of divorce.  We hope to talk to you then.

Jesus In Every Book of the Bible

Help Us Minister to Children of Divorce