I’m Busy! Do I Have Time To Care for God’s Children? 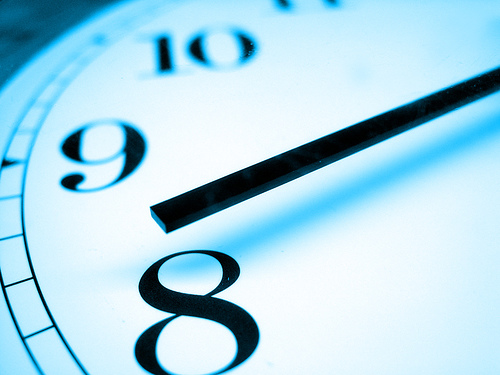 Last week in my continuing synopsis of Charles Spurgeon’s book Come ‘Ye Children, I was working through Chapter 7 titled “Feed My Sheep.” In that chapter, Spurgeon remarks that “When the Lord Jesus loves a man very much, He gives him much to do or much to suffer.”  God’s timing is funny, and never coincidental.  At the time I was working on that synopsis, I was also wrestling through issues related to whether or not I had enough time in my schedule to take on additional Children’s Ministry responsibilities.  Let me explain.

Beginning this past weekend, I took over the large group teaching segment in the kindergarten and 1st grade room for one of our services.  For the last year, I have served as a small group leader in that room and loved it, but God decided it was time for me to step up and try something new.  Also, for the last year or so, I have worked in our churches Awana program as a leader in the Cubbies room (Ages 3-4).

I knew my preparation time was going to increase for the teaching ministry, and I was planning on doing that again this year until a planning meeting a couple of weeks ago when the Awana Commander announced that they needed a new director for game time (he had filled that role previously before moving up to commander).  I had organized the games for vacation bible school this past summer and had a blast, so I expressed an interest in coordinating games and asked him what kind of time commitment it entailed.  I wanted to make sure that I had plenty of time for both my teaching ministry on the weekend and for Awana games on Wednesday nights.  I didn’t want either ministry to suffer because I didn’t have the time to be fully committed to, and prepared for, both.

Before I had a chance to discuss the time issue at any length (pun intended) with the Awana Commander, our Children’s Ministry director approached me and expressed some concern that trying to do both may be stretching myself a bit thin (my words, not hers).  Anyhow, I explained my concern to her that I didn’t want either ministry to suffer because I was trying to do both, and she very frankly pointed out to me that her concern was not so much the impact on the ministry as it was the impact that it may have on the time I had to spend with my family.

I told her at the time that my priorities were always God, Family, Ministry, then other.  I think that’s scriptural.  Anyhow, having said that I started to ponder those priorities and my schedule.  I realized that, even though I had discussed taking on the additional responsibilities and position with my wife prior to looking into it, I hadn’t precisely considered the impact on my schedule and available time.  If I wanted to make sure that my priorities were in line with my stated objective, I needed to lay out my time and commitments and make sure that I wasn’t sacrificing a higher priority (God or Family) for a lower one (time spent in ministry).

At roughly the same time (within a day or so), in a Children’s Ministry Think Tank group I am a part of, we were discussing paradigms that families live by in today’s culture.  One of the participants pointed out that some families more or less ignore and sacrifice time with their kids in order to invest all of their time into “church activities” like bible studies, small groups, ministries, etc.  Taken all together, the Holy Spirit seemed to be screaming at me, “make sure you’re not over-committing before you say yes!” This further compelled me to give some serious thought to how I was allocating my time.

So, like the mild obsessive compulsive that I am, I decided to sit down and sketch out my week and see where I was actually spending my time.  Those of you who know me personally will not be surprised to find out that what I conceived as an informal sketching out of my time turned into a color-coded Excel spreadsheet with half-hour blocks for every hour in every day of the week (perhaps I’m more than just mildly OCD).

Anyhow, once I had the week all laid out, I began to shade in blocks to reflect how I spend my time.  I started with the big chunks of time like time at work, commute time, eating, sleep (these blocks weren’t quite as big as I’d hoped).  I also allotted block to the time spent each week actually attending church and activities  (either to attend service or serve).  I blocked off time which occurs on a regular basis for kids activities (like taking them to karate or soccer), and I blocked off what I felt was more than enough time to prepare for all of my ministry responsibilities.  Then I started to look at the time left over and try to figure out how I spend that time.  Some things were obvious.  I take about an hour every night to wrangle up the kids, get them ready for bed, read to them, pray with them and tuck them in.  So, I blocked that time off every night.  Beyond that, I noted that some of my “free time” is my quiet time with God.  The timing varies by day, but I blocked off enough time for that.  Finally, I allocated a certain amount of time during the week to “family time.”  Again, this may vary by week when it happens, but it seemed important to block off some dedicated time for that priority.

Then I got down to the nitty-gritty.  I realized that of the “free time” left I spend a lot of it on things that, while they are not ungodly, are unfruitful.  I began to look at things I could cut out to make more time and to make up for the time I spend on my new responsibilities.  And, for those of you who might be thinking, “that sounds really rigid to plan out your entire week like that,”  I did leave some big white boxes called “free time” for relaxing, working on this blog, or whatever else I feel like doing or needs to be done.

All-in-all, the process was a real eye opener.  I noted the following:

Then, the very next day, came across that quote from Spurgeon:

“When the Lord Jesus loves a man very much, He gives him much to do or much to suffer.”

And God reminded me through that busy isn’t necessarily a bad thing!

Talking to Kids About Death