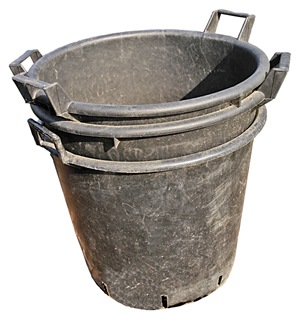 Lots of people have a bucket list.  You know – that list of things you want to accomplish before you die.  In particular, lots of people my age start to think about their own bucket list as we age and start to think about things we want to do in our lives while we still have the time.  I started to think about buckets a few months ago.  The buckets I was thinking about were a little bit different.  I started to think about buckets in terms of classifying the zillions of issues that we face as a society.  I started to wonder if there was a useful way to classify or categorize those issues, or the cause of those issues.  As much as I like to think in terms of black and white, I didn’t imagine that any sort of rigid system of classification would work, but I did think that perhaps (just maybe) I could “shove” those issues into different buckets.

There are lots of issues that we face as a people and as a society.  Talk to anyone on the street or at a party about what they think the biggest problem we face as a society are, and each one is certain to have their own take.  Give them a few minutes and most will talk your ear off giving you their insights and take on what really lies behind all of those stories of woe you see on the news every night and hear from people at your church, at the neighborhood barbeque and at your kids’ sporting events.

As I started to think about all of those issues and the problems we face in our culture, I wondered more and more if there wasn’t a pattern to them. The more I thought, the more I started to sense some threads that ran through many of those issues. That’s where the buckets came in. I concocted this theory that all of these problems (or at least most) that take so many different forms can be broadly classified into three buckets.  Why three? At the time, there was no particular reason except that two didn’t really seem like enough and four seemed like too many.  I wondered if I thought through the issues and the causes of those issue if I could devise a system of three buckets (no more, no less) that would be specific enough to make sense and broad enough to cover 95-98% of the issues people may raise if asked (I left room for the idea that certain problems would not be classifiable even after thorough analysis).

So, how do these buckets work? The buckets are not mutually exclusive – meaning that one problem or issue could exhibit elements of more than one bucket (and potentially all three), but in some form these three buckets can account for most of the issues people would mention as the biggest problems facing our culture today.  So what buckets did I come up with?  Here they are:

Over the course of the next three posts, we will look at little closer at each bucket and some examples which fit into each one.

This is still a theory in process.  I’ve tested it a little but would love your input. What issues don’t fit into one of the three buckets?  What buckets would you have?  leave a comment below and let me know.