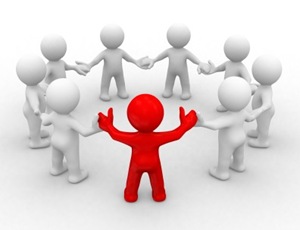 Last week, I unveiled my three bucket theory that attempts to classify most of the problems in our society into three broad buckets.  As promised, we will now delve deeper into each bucket.  The first bucket has been dubbed:

Sometimes we live our lives so immersed in something that it becomes harder and harder to even see. We might catch a fleeting glimpse of it in an advertisement. We might get a peak at it in the entitlement attitude of that young kid during the street. We might catch wind of it on the news as this group or that demands an apology for something someone said that offended them. However, I wonder if we had the ability to step back and get a bird’s eye view of the society we live in if we wouldn’t be amazed by the breadth and width of the first bucket which I have dubbed “radical autonomy.”

1. independence or freedom, as of the will or one’s actions

2. the state or condition of having independence or freedom

Radical is defined as:

…thoroughgoing or extreme, especially as regards change from accepted or traditional forms

Radical autonomy is the trend in our society of holding the “self” in the highest level of reverence. In many ways, we live in a story that deifies the self.  Think about our language.  We talk about self-esteem and self-actualization. People speak about the most closely and dearly held beliefs and feel the need to preface them (or qualify them) with the phrase “to me” or “for me” more or less insinuating that there is no real truth but only that truth which is true “for me” as opposed to “for us.”  Our wants have been redefined as needs. Our right of self-expression has come to trump anyone else’s rights. We have gone from a country of equal opportunity to a society that demands equal outcome. We have created a whole set of non-existent “rights” to protect our autonomy.

A society built on the absolute virtue of autonomy can not last. it is impossible for everyone in a society to live in such a way that their autonomy is recognized, celebrated and never infringed upon. Society is, by definition, built on relationships and anywhere there are relationships my autonomy must end somewhere to allow for your autonomy.  In a relationship, we must each necessarily give up some measure of our own autonomy in order to be in relationship with one another.  Society is no different.

Accordingly, there must be some sort of ultimate source of autonomy, and “for me” that source is God. He is the only truly autonomous being whose whole existence and values can not be infringed upon by anyone else. The rest of us must find some common ground in order to get along. More and more these days though people are unwilling to search for that common ground and instead insist on the vilification of anyone or anything that infringes on my autonomy.

So, what fits in this bucket? In developing this bucket theory, I asked my a few hundred of my closest friends on Facebook what they thought the biggest problems facing our society today were. The following responses can be thrown into the radical autonomy bucket:

To those, I would add: