I Guess It Was Time 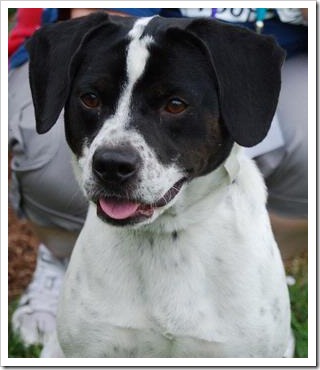 Nine years ago this past April, my son Jacob was born.  It’s hard to believe that it’s actually been that long.  As a young boy (somewhere around 2 or 3), Jacob developed a strong affinity for two things: horses and dogs.  Along with that, Jacob is a talker.  I don’t mean that in any sort of bad way, Jacob has just always been talkative.  Whether it was yelling at people who wouldn’t talk to him in the grocery store when he was 8 months old, or making new friends with the people in the booth next to us at a restaurant when he was 18 months, or inviting our waitress at Bob Evans to come to our house for Christmas morning when he was four, Jacob has always liked to talk.  My reply when people tell me that Jacob talks a lot is always that he started talking when he was eight months old, and he hasn’t stopped yet.  As a proud Dad, most of the time I like hearing him talk (most of the time:)).  One of my great joys in life is listening to him to talk to other people about God.

So, what you might ask does talking have to do with horses and dogs?  Well, for roughly seven years now, I have listened to Jacob talk about how much he loves them both.  His obsession with horses was pretty easy to take care of.  Our house has a couple of acres of land, but we don’t have the facilities to have a horse, and Jacob accepted that pretty early in life.   So, every summer, he heads off to horse camp to renew his love for horses and riding and to get his “horse fix.”  Even when all his little friends decided that riding horses was for girls, he still held out and explained to them all about the cowboys and how he plans to move to Texas when he gets older and be a cowboy himself.  Like I said, horses were easy.

But, dogs, those infernal dogs kept coming up.  Every Christmas – every birthday – every time someone walked by outside with a furry canine, I heard about dogs.  I don’t dislike dogs.  I actually quite like them.  I tell people that, “I like dogs – other people’s dogs – a lot!”  But, I also enjoyed the fact that, at the moment, we were blissfully pet free.  No messes to clean up, no food to buy, no odd noises in the middle night – well at least none of the four legged variety.  I have a wife, four kids, a ministry, a job and a pretty busy life.  I struggle to find quiet time as it is, and the last thing I need to throw into that mix is a dog.  I’ve never actually owned a dog either, and I wasn’t entirely sure that I ever wanted to.  We grew up with cats, and I had a number of cats as an adult.  Cats are easy.  Give them a bowl of food, and let them think they own the place, and you’re pretty well set.  Other than changing the litter box once a week and feeding them, cats are pretty much self-sufficient.  Dogs on the other hand, oy-vey!

So, I’m certain you know where this is going!  There is something about looking into your child’s eyes for years and seeing disappointment and hurt that eventually trumps your own desires not to do something.  With some godly prompting from my wife, who is not a dog person herself, I finally realized that it was time to give in and start the process of looking for a dog.  Now, I waxed eloquently about how this was going to be a process, and how we were going to take our time and make sure we found the right dog, and how we were going to have everything prepared for a dog before we ever brought it home.  It was quite a speech if I do say so myself.  That was on Saturday afternoon.  On Sunday, I somewhat reluctantly agreed to go the animal shelter “just to look around.”  By the time we left, we had a 24 hour hold on the dog, and Monday afternoon, my wife went and picked him up.  That’s him in the picture at the beginning of this post.  His shelter name was Elvis, which lasted only long enough for me to announce that we should proclaim that:

Elvis has left the building!

as we picked him up at the shelter.  His name was quickly changed to Chance because, as my son explained, he never thought there was any chance he would actually get a dog.  I think it may have something to do with a movie he saw as well, but that isn’t nearly as interesting as stories go.

He’s a cute little guy.  He’s not mine!  Technically he belongs to Jacob which means Jacob gets to walk him, and clean up various messes, and shovel doggie by-products out of the back yard.  I just get to feed him and pay for a whole bunch of stuff.  Already, though, in the short time that he’s been home, he has brought me tremendous joy – not because I wanted a dog, but because I get to see the unmitigated joy and love in my son’s eyes when he runs and plays with that mutt.  And, I get to watch as Jacob (and his siblings) grow attached to Chance.  As I sat there watching tonight (last night as you read this), I began to think that this must be something like how God must feel when we finally get what we need most.  We don’t beg for it like Jacob did for this dog.  In fact, we tend to resist it as much as possible.  But, when we finally get what we need most – a relationship with our Lord and Savior Jesus Christ – and our eyes are opened to true love, I think God must experience a joy far greater than the one I did last night just sitting back and watching my kids play with their new dog.

The Doctor Is In

When the Angels Rejoice