Who Made God? (Questions Kids Ask) 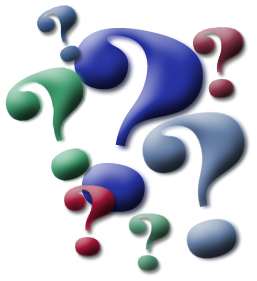 One thing I have learned, both as a Dad and as a volunteer in Children’s Ministry, is that kids ask some of the deepest and most profound theological questions.  In the answers, they are not looking for a demonstration of your profound knowledge but a clear, concise and satisfying response to their inquiry.  The purpose of this series of blog posts titled “Questions Kids Ask” is to answer some of the questions I have received both from my own kids and from the kids I work with at church.  Although I always try to answer every question in as scripturally grounded a manner as possible, I do not always have the appropriate verse ready at my fingertips.  One of the things I hope to accomplish with these posts is to ensure that the answer I did give is scripturally sound by inserting verse references where appropriate.

This question was posed to me recently by a fifteen year old boy struggling with his faith.  He lives in a Christian home and has been exposed to Christian thinking for years.  This is the one thing that he is really still struggling with.  The way he posed the question was, “if everything is created, who created God?”

The answer to this question is both simple and complex.  The simple answer is, no one created God.  He has always existed!  That is easy to say, but not so easy to comprehend.  The concept of anything being eternal is beyond our ability to truly understand as finite human beings.  God is so much bigger than we are as human beings that we can never fully comprehend him.  As human beings, we live in both time and space.  Time passes and we get older.  Things happened in the past, are happening now, or will happen in the future.  Furthermore, we operate in space.  As the old adage goes, we can only be in one place at a time.  As an eternal being, God existed before space and time.  Indeed, God created the space and time in which we live (Genesis 1:1).  God always had existed and always will exist.  Revelation 1:8 says:

Alpha and Omega are the beginning and end of the Greek alphabet.  Greek is the original language that Revelation was written in.  The point is clear.  God always has been and always will be – from the beginning to end and beyond.  Other verses also tell us that God existed before time.  1 Corinthians 2:7 tells us:

“But we impart a secret and hidden wisdom of God, which God decreed before the ages for our glory.” [1 Corinthians 2:7]

Other verses also testify to God’s existence before time including 2 Timothy 1:9, Titus 1:2 and Jude 1:25.

God has always existed and always will.  He has also always been the same and always will be.  This concept is referred to as the immutability of God.  God does not change like man does.  He is the same today as he was 4,000 years ago as he will be 4,000 years from now.  [Hebrews 13:8]

The Bible is clear that God existed before time and space were created.  Genesis 1:1 tells us that “In the beginning, God created…”  The implication is clear!  God existed before both space and time!  He spoke both into existence.

The Bible is clear that God is not a created being.  However, there are also other lines of reasoning to show that no one made God.

There is a definitional issue which must be addressed.  That is, the way in which God is defined impacts the question.  God is defined as the ultimate creator of everything, and indeed the God of the Bible is that creator God.  If there were some sort of force or being that created the God we know of (let’s call him a “super-God”), that “super-God” would be the superior being and the one deserving of our worship.  In other words, if something created or made God, that thing would then be the real God on and on until you get to the creator who has always existed.

Secondly, there is a logical issue which must be addressed.  Logically, if there was ever a time that nothing existed, than nothing would still exist.  Common sense tells us that it is impossible to get something out of nothing.  In order for something to exist now, something must have always existed.  That something is God!

One common object to the infinite nature of God is the question, if it is possible that no one created God and he has always existed, why isn’t it equally possible that time and space have always existed and therefore need no creator?  First of all, let’s establish that it is impossible for both the time/space/the universe and God to be infinite.  By definition, there is only room for one infinite thing.  If something else is infinite it automatically limits the second thing making it finite.  Accordingly, given these two options either God must be infinite or the universe (and therefore time) must be infinite.  It cannot be the case that both are infinite.

So, why then can’t the universe be infinite?  Many scientists will argue that it is.  However, most scientists agree that both time and the universe had to have some beginning.  That beginning is frequently referred to as the “Big Bang.”  Scientists have discovered that the universe is unwinding and moving from a state of order to a state of disorder.  All of this points back to a beginning both for the universe and for time and demonstrates that they are not infinite – something the Bible reveals in its very first verse!

To recap, no one made God.  He has always existed and always will exist both before and after the time and space in which we live.  God did enter our time and space once about 2,000 years ago.  He took on human form as the man Jesus Christ and died on the cross for our sins.  When we accept God’s offer of forgiveness, he gives us the privilege to live with him in eternity.

Monday Morning Prophecy #7 – The Timing of the Messiah’s Birth

What is THEOLOGY? (Dabbling in Doctrine)