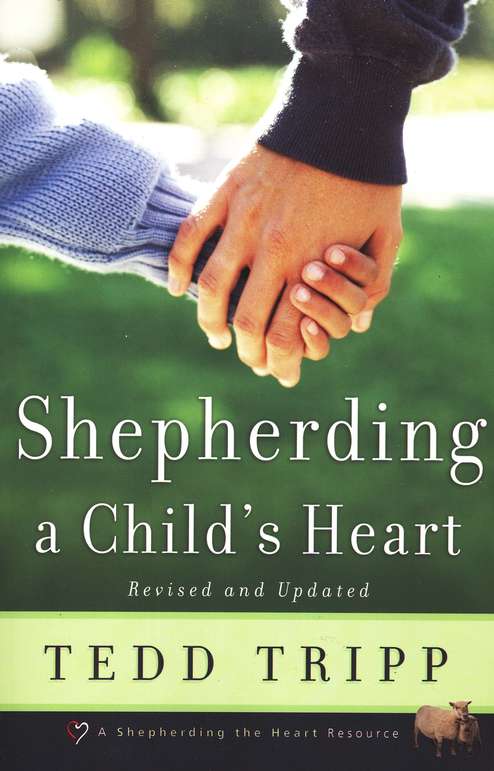 Several years ago, I read one of the best books on parenting which I have ever come across.  That book was Shepherding A Child’s Heart by Tedd Tripp.  I remember being impacted by the book at that time, but I never really thought about it much after that.
Since that time, my life has changed.  I’m another five years down the road in my walk with Christ (I was a relatively new Christian when I read the book the first time).  The dynamic of my family has changed as well.  My oldest son has become a teenager, my next oldest son is approaching the “tween” years, my daughter has started school (she was a baby when I read it the first time), and we have a new addition to our family.  My youngest son will be 2 this summer.  Frankly, I believe we as evangelicals have largely ignored our children as the mission field that God has blessed us with.
I’ve also started volunteering  in children’s ministry over the last several years.  I started with the 2 year olds then moved on the the 2nd graders at my old church.  When we joined a new church several years ago, I felt called back to children’s ministry but ignored it for a couple of years until this past fall when, by a series of circumstances and needs, I ended up working with Kindergarten and First Graders on Sundays and 3 and 4 year old’s at Awana on Wednesday nights.
I recently saw Shepherding a Child’s Heart on several different lists of Christian parenting resources.  So, I decided to dive back into the book both from the standpoint a shepherding the hearts of my own children as well as looking for practical applications of the information in that book to my work in children’s ministry.  I have not been disappointed.  In the next series of posts, I hope to (chapter-by-chapter) share a synopsis of Mr. Tripp’s work as I think any Christian parent, and frankly any non-Christian parent, can benefit from it.  While I intend this synopsis to be fairly comprehensive, I would still highly suggest that you go out a buy a copy of this book.  Read it. Mark it up.  Complete the questions at the end of each chapter. Read it again, and apply it to your lives.  You can find the book at the following link if you would like to buy it online (you might want to buy more than one because I promise once you read it you will have a friend you want to give a copy to):

In this post I will deal only with the Introduction to the book which I think raises some very insightful points.  Mr. Tripp provides the following poignant introduction:

“Our culture has lost its way with respect to parenting.  We are a rudderless ship without a compass.”

He points to several problems with modern society which have resulted in this phenomenon:

Mr. Tripp observes that today’s parents are “frustrated and confused,” and that the evangelical world is “nearly as lost as the society at large.”

Against that backdrop, Mr. Tripp reminds us all that the only perfect guide for raising our children is the Bible and that the Bible contains all the guidance we need “to be equipped for the task of parenting.”

Mr. Tripp offers the following insights when it comes to Authority:

Mr. Tripp has the following to say about Shepherding:

On the Centrality of the Gospel, Mr Tripp offers the following:

The Introduction to this book concludes with the goal of internalizing the gospel in our children so that we can eventually share “mutuality as people under God” with them.

On a personal note related to sharing mutuality as people under God with our children, I will never forget how struck by the glory of God I was one afternoon when I was driving home with my seven year old son and five year old daughter.  They were in the back seat discussing how they were lucky because they had two Dads.  I was their Dad here on earth, but I was also their brother because we are all God’s children.  It is such an awesome thing when your kids really get it!

Chapter 1: Getting to the Heart of Behavior: NEXT TIME>>

Ch. 1 – Getting to the Heart of Behavior – Shepherding A Child’s Heart (A Synopsis)